Outside of My Body

It’s been almost 3.5 years since my heart learned to live outside of my body. And I think it will take ten times longer than that to figure out why or which moments take my breath away.

It’s never a movie-like moment. But it’s the every day moments. It’s the tears of excitement as I watch them take their first steps. It’s the unending laughter as we play tickle monster. It’s the ache in my heart as I wipe their forehead as they fight the fever of a bad cold. And in those moments with my two littles, I feel more emotion than I ever have before their existence in this big, big world.

Parenthood has ignited every fiber of my being with the most candid and raw feelings.

[bctt tweet=”Parenthood has ignited every fiber of my being with the most candid and raw feelings. ” username=”simplyeveryblog”]

When I was growing up, my dad would say that he’d always forgive me for anything I did, except for getting myself hurt or injured. I never knew what he meant until I became a mama. When my oldest was 7 months old and had his first collision with his bookshelf, I was overwhelmed with the fury of a thousand suns as I wiped away his bleeding gums. While I was proud of myself for not racing over to the ER, I felt an overwhelming need to take away his pain. And in that split second of impossibility, my dad’s message clicked. Obviously, my dad wasn’t serious about his forgiveness, but the anguish you feel as a parent when you see your child hurt most certainly is indescribable and at most times, unbearable. 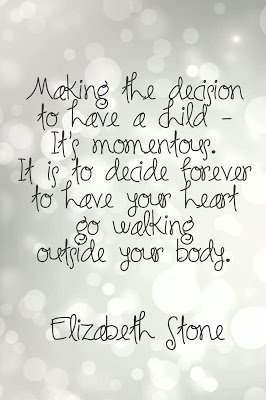 Yesterday, D and I took C in for a biopsy for a few bumps on his back that wasn’t definitively diagnosed by a physical exam. In preparation, he wasn’t allowed to nurse or eat at all and I was so afraid that he would be crying (dying) of hunger. Thankfully, he was a champ through it all and actually quite happy throughout our 40 minute drive and in the prep room. We weren’t able to stay with him during the procedure because he was sedated and hooked to an IV in the operating room. Albeit a minor, routine procedure, being at the hospital and knowing your (not so) little 9.5 month old was going through so much was completely excruciating as a mama bear. 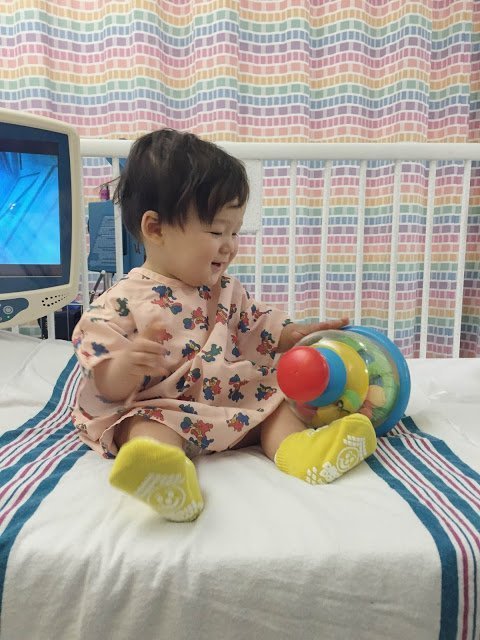 He was gone for less than an hour, but when they opened up the doors to the recovery room, I could hear the hoarseness in his soft cries, before I even saw his tiny, tear soaked face. While I was relieved that everything went smoothly, I don’t know that I can ever get over the guilt of putting him through the ordeal.

I don’t think it ever goes away. The feeling of helplessness when your children are hurt or sick. It’s something that stays with you as a parent for a lifetime. The hope that they never get hurt, the fear when they inevitably do.

The waves of emotion in parenthood are most definitely a roller coaster; a ride that I will wait in line for time and time again. Though you can’t take away their pain, you are their biggest comfort. And that I guess is just another silver lining to this ride called parenthood.

And these two right here, they’re my two hearts. Forever walking outside of my body, yet making me feel more alive with emotion than when I carried my heart inside me. 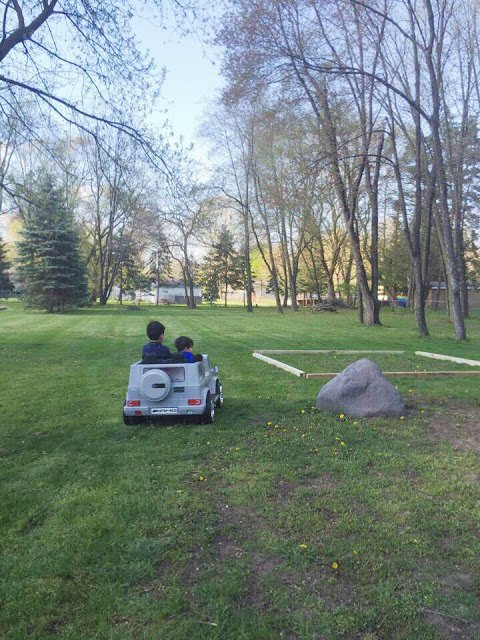